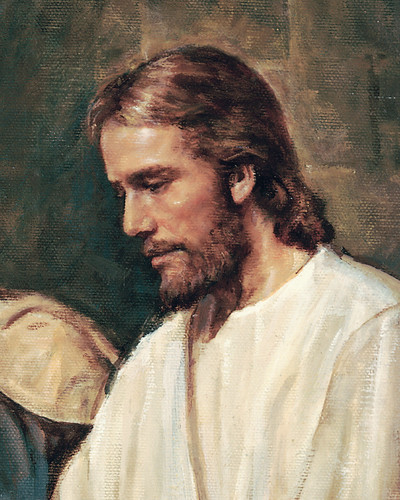 During Stake Conference on February 7, 2016 President Morris gave a wonderful talk that reinforced the importance of strengthening our relationship with Christ.
Since one part of our Katy Stake Focus is “Strengthening our faith in Jesus Christ and in His Atonement and deepening our discipleship” I felt this was a perfect reminder.
Below are some excerpts from his powerful testimony…

“In our November conference, I said “If we merely have a social conversion and conform our lives only when it is socially expedient, the day is quickly coming when it will be too uncomfortable socially to belong to the Church. Those who are built on a sandy foundation will be swept away by the tide of the world.” I would like to talk about building upon the rock and the role of our testimonies in pressing forward through the storm.

In a world that is increasingly challenging and even hostile to faith – those of faith are viewed as weak-minded, naive, and even the source of the problem. Cynicism is fueled by citing the many atrocities that have occurred over time in the name of God and faith, or by declaring the hypocrisy of those whose actions are far from their words. As the Lord said to Joseph Smith, “they draw near to me with their lips, but their hearts are far from me, they teach for doctrines the commandments of men, having a form of godliness, but they deny the power thereof.” And so, declaring religion a failure, they are free to chart their own course. If there is no God, or he doesn’t really care what we do, then all is well. In that context, the scriptures don’t matter, or at best, they are open to interpretation. They can be distorted to fit in any image man desires – as we mingle the philosophies of men with scripture.

So, how do we immunize ourselves against these aggressive forces of opposition? We need to be settled on four fundamental truths of which I bear you my solemn witness today.

1) We are children of a loving Heavenly Father – we existed before this life and we will after. We have a divine nature and purpose. We are created in His image. In all the vastness of his creations, ultimately, his plan is very personal and individual to each one of us. He loves us and he has reserved his choicest blessings for those who love him.
“Eye hath not seen, nor ear heard, neither have entered into the heart of man, the things which God hath prepared for them that love him.”
How do I know this – because he has shown me that it is so as he hears and answers my prayers, as I see the blessings of his gospel and the gift of his Son in my life – I know it is all for a far greater purpose than to just exist for this lifetime and then vanish.
He loves us and wants each of us home.

2) Jesus Christ is the Son of God, the Savior of the world, the Redeemer of mankind. It is a fact that he existed. Who he really was, and what his purpose was are the subjects of debate. Let us settle it in our hearts and minds brothers and sisters and be witnesses of Him.
He lived a perfect life, he fulfilled the Law of Moses and established the new covenant, he established his Church led by apostles under priesthood authority, he performed many mighty miracles including power over death, he suffered the pains, sickness, infirmities, and sins of all mankind in the Garden of Gethsemane, and then submitted himself to the hands of vile and evil men to be crucified. He voluntarily gave his life. Three days later by the Jewish accounting of time, he took it up again – and broke the bands of spiritual and physical death.
He heals all who will exercise faith and come unto him – through both the redeeming and strengthening power of His Atonement. Because of him, we are never trapped in our past – we can become new and we have hope. I testify of these truths borne out of very personal experiences that I cannot deny.

3) The restored Church is upon the earth. I speak with many of my Christian friends who declare that revelation and authority all ended with the Bible and the death of the apostles. There was no more need for anything further. I find that surprising on many levels. I have spoken with some members of the Church who are struggling with or who declare that they no longer believe the Church is true or that Joseph Smith was a prophet. I am reminded of those who were offended by various things the Savior said and did and “walked with him no more.” He asked Peter, “wilt thou also go away?” Peter responded, “Where wilt I go – thou has the words of eternal life.”
To those who have decided to go away, I ask in a similar fashion, where will you go? And I ask the question, did Christ intend for his Church to be organized and directed under apostolic authority? If so, and it is not here, where is it? You better go find it.
The scriptures make it clear Christ did intend for His Church to be led under such priesthood authority. “And he gave some, apostles; and some, prophets; and some, evangelists; and some, pastors and teachers; For the perfecting of the saints, for the work of the ministry, for the edifying of the body of Christ: Till we all come in the unity of the faith, and of the knowledge of the Son of God, unto a perfect man, unto the measure of the stature of the fullness of Christ: That we henceforth be no more children, tossed to and fro, and carried about with every wind of doctrine, by the sleight of men, and cunning craftiness, whereby they lie in wait to deceive;” Was that just referring to a period of 100 years 2000 years ago, when throughout millennia, he spoke through prophets? Do we no longer need to come to the unity of the faith? Are we no longer tossed to and fro by every wind of doctrine?
So, assuming he did intend for it to endure – it could only happen through one of 3 two means – unbroken line of authority, or a restoration. So then, the Restoration either occurred as we declare, or it has not come, because no other church makes such a claim.
Brothers and sisters, I testify that Christ intended for priesthood keys to direct his church – through revelation and through the ordinances of salvation. The Church is not perfect – it is led by imperfect men and women, because that is all God has to work with on this earth – but it is done under His authority and direction. Its fruits are a testament of that reality.

4) Finally, two interrelated points – Joseph Smith is a prophet and the Book of Mormon is the word of God. If the Church and priesthood authority were intended to endure, and the line of authority was broken, how did it return? It occurred as a young boy declared when he asked the question – “where was Christ’s church?” He received a very emphatic, personal answer as he saw God the Father and the Son. This began a cascading of revelation and restoration – the Book of Mormon, Aaronic and Melchizedek priesthood keys, the church organization, keys to the gathering and sealing power.
“To those of faith who, looking through the colored glasses of the 21st century, honestly question events or statements of the Prophet Joseph from nearly 200 years ago, may I share some friendly advice: For now, give Brother Joseph a break! In a future day, you will have 100 times more information than from all of today’s search engines combined, and it will come from our all-knowing Father in Heaven “
A word about the Book of Mormon – it was translated in 90 days, never reviewed, seen by 11 witnesses that never denied it. Again, facts – but I know of its truth borne out of the confirmation of the Spirit and the fruits as I have studied and applied it. It teaches powerful, fundamental truths that complement, clarify, and reinforce the doctrine of the Bible. It bears a powerful witness of the reality of Christ, who he is, and how we must come unto him.
For example, the Bible uses the word Atonement once. In the Book of Mormon, it is used 39 times. It testifies of Christ and was written for our day. I love the Book of Mormon – and I bear my solemn witness, it is true. Only a prophet would able to bring such a book forward.
There is much we don’t know or understand but that does not negate the truth that we do. The Lord has always revealed truth through his chosen servants – sometimes via messengers, sometimes by vision, and sometimes by the whisperings of the Spirit. This was done anciently and again today – they witness and then they testify. Their witness is then left for us to accept or reject.

You should not be discouraged or feel shaken because of things you may not know or understand. Focus on what you do know and move forward in faith – with great resolve, urgency, and focus as we did in the storm.
I have always loved the account in Mark of the man with the afflicted child. “Jesus said unto him, If thou canst believe, all things are possible to him that believeth. . . Lord, I believe, help thou mine unbelief.” I love the integrity of his response – recognizing what he wanted more than anything but acknowledging that he was still imperfect in his understanding.

Never lose courage, hope, or focus. Press forward with steadfastness in Christ – be not faithless but believing. As you do, you will withstand the tempest and he will guide you safely to the harbour. And just as I relied on my father to get us safely through the storm, your children are relying on your faith and testimonies to develop their own and to help them navigate through the spiritual storm.
Elder Neil A. Maxwell said, “Small equivocations in parents lead to large deviations in children.” We should not take such accountability lightly. I testify of the anchoring power of these four truths.”